Did you know that God's ancient feasts are about Jesus the Messiah? No, I don't mean Christmas and Easter. I mean the original feasts that God  instituted in Exodus. They're clustered in the Spring and then in the Fall. They are the feasts of: Passover, Unleavened Bread, First Fruits, Pentecost, Trumpets, and Tabernacles. Also, the most holy day of the year: the Day of Atonement which falls between the feasts of Trumpets and Tabernacles. Each week I'll talk about a different one.  First, Passover.  He Is Crucified.

﻿
If you're familiar with the story of Moses, you know that Passover was instituted by God just prior to the final plague.  Through nine previous plagues, the Egyptian Pharaoh agreed to release the descendants of Jacob from slavery and then changed his mind. In preparation, God instructed the Israelites to kill a perfect male lamb of the flocks--sheep or goat-- in the first year of life and place some of its blood on the doorposts and lintel. They were to eat the lamb that evening, roasted in fire, with unleavened bread, in haste.
﻿﻿﻿﻿﻿﻿﻿﻿
Exodus 11:4-5 explains: For I will pass through the land of Egypt that night, and I will strike all the firstborn in the land of Egypt, both man and beast; and on all the gods of Egypt I will execute judgments: I am the Lord.  About midnight I will go out in the midst of Egypt, and every firstborn in the land of Egypt shall die, from the firstborn of Pharaoh who sits on his throne, even to the firstborn of the slave girl who is behind the handmill, and all the firstborn of the cattle. (Ex. 11:4-5)
And that's how it happened. The firstborn in the homes of those who obeyed and applied the blood of the Passover lamb to their doorposts and lintels of their dwellings were spared. 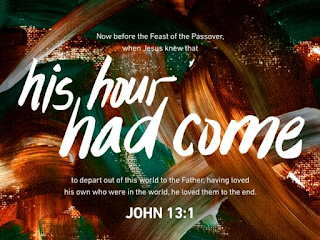 Do you remember when Jesus was crucified? It was at Passover. It is His blood that cleanses us from sin and makes us acceptable to God. His was the perfect, eternal sacrifice. Jesus, the firstborn son of God, shed His blood so that our sins can be passed over. In fact, His blood doesn't simply cover our sins, it cleanses us from our sins. Some say that the meal that Jesus ate with his disciples--the last supper--was the preparation meal before the Passover meal. I've heard others say that the moment that Jesus died was the time appointed that the Passover lamb was killed in preparation for the feast that evening. It's no wonder that  Jesus is referred to as the Passover lamb.

Unfortunately, so much of the richness of our Christian heritage has been lost because we've failed to understand its Jewish roots. So the next time you see a familiar holiday on your calendar you might do a little digging. That holiday may have meaning to Christianity as well.