Can nothing can be better? 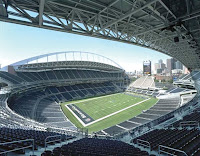 Not long ago Steve Sabol, son of Ed Sabol and co-founder of NFL Films, passed away from a brain tumor. He was 70, and still way too young. At NFL films, he was a film maker, a camera man and an editor and writer and an on-screen commentator. His entire professional career was spent capturing, preserving and presenting football to the public in new and different ways. Football fans owe him a debt, and not just for Football Follies.

A specific quote that made the rounds after his death saddened me. Mr. Sabol said:

"So they talk about heaven, and I don't know what is waiting for me up there. But I can tell you this: Nothing will happen up there that can duplicate my life down here. Nothing. That life cannot be better than the one I've lived down here, the football life. It's been perfect."

Of course, I don't know his religious beliefs or the entire context of his statement. I can understand the joy of spending his life getting paid for doing what he loved. What boggles my mind is that he couldn't conceive that an eternity in heaven spent with a loving, awesome God could be any better in than the life he'd lived, here.

That's something I once found difficult to conceive. But then, I'm a baby boomer, raised in a Christian home by parents who'd sooner question the law of gravity than the existance of God.


How desperately our world needs us to live in the world, loving one another yet without compromising the Word of God.

Our perception of the world—the point of view, the glasses through which we view our world—is vitally important. Is my existance an accident of evolution? Or, was I conceived first in the heart of God? Is there anything after this life?

We all have questions, and many of them have difficult answers. A Christian's life isn't based on blind faith, but faith based on the living Word of God and on what we know is true. I've experienced His love and comfort and have seen the healing of twisted limbs with my own eyes. God loves us, and gave himself for us.

We were made for fellowship with God. Proverbs 8:17 says those who seek me diligently will find me. Him. Not a bunch of rules or even just knowledge about God. He promises us a love relationship not just on earth, but for eternity. 1 Corinthians 2:9: 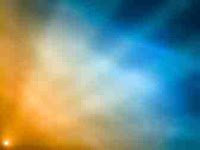 For it is written:

"Eye has not seen, nor ear heard,
Nor have entered into the heart of man
the things which God has prepared for those who love Him."
at October 19, 2012 No comments: 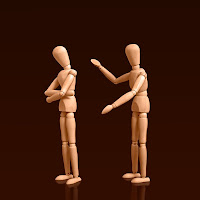 The "problem" with the Christian worldview is that it deals in absolutes. Few people would say, in effect, “The law of gravity may work for you, but it puts limitations on me that I don't like. It doesn't work for me, so I'll ignore it.” Whether or not we choose to acknowledge gravity’s authority over us, we’re still subject to it. Sounds silly, right? The principle is the same.

Reality doesn't change because we cannot see Jesus sitting on His throne at the right hand of the Father. Some say that Jesus was a good teacher, but not the Son of God, the Creator of all. But Jesus said, “No one comes to the Father except by Me.” If He is not the Son of God and, as He claims, the only way to the Father, then He was either insane or a liar.

Society today seems to agree that there are many ways to God. If we do good things, refrain from any gross sin, we'll go to heaven. God is love, after all. Scripture says so. Could a God of love send people to hell? Or so goes the argument.

Ah, but He must. God isn’t only love. He is also holiness. When Adam and Eve sinned, God had to banish them from the garden. God certainly took no pleasure in it, but it was a necessary, and temporary, separation. God cannot have fellowship with anyone or thing less than holy. His heart is also one of deep abiding love, and He would not abandon mankind. That’s why Jesus came to die. To pay the legal price for our sin.

1 Cor 1:18 For the message of the cross is foolishness to those who are perishing, but to us who are being saved it is the power of God.
at October 09, 2012 No comments:

Email ThisBlogThis!Share to TwitterShare to FacebookShare to Pinterest
Labels: Christianity, holiness, In My Opinion, intolerant, love 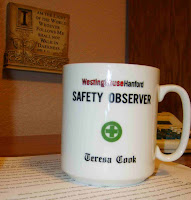 According to the National Geographic website, the practice of starting the day out right with coffee began in Ethiopia. A goat herder (in about 800 A.D.) found his goats frolicking from plant to plant and wondered what had gotten in to them. He tried a few and soon joined the fun. I don't suppose he even bothered to roast or grind them, or stopped to consider if he wanted a single or double shot or which flavored creamer he'd like. Sometimes simple is best.


I've often stopped to thank the Lord for creating the coffee bean. Before He said, "Let there be Light" He knew that some day, I'd be sitting right where I am, now, thanking Him for my morning coffee. Perhaps I'm even more thankful for it because after drinking coffee since I was nineteen, I quit cold turkey. Now, I'm allowed a cup or two a few times a week.


For almost a decade, I drank coffee at work, and fetched it for others for the simple reason that going to refill an empty cup was the only acceptable reason for being away from the desk and telephones.

To wash to wash or not to wash the coffee pot was a continual squabble. There were no sinks deep enough to completely immerse the 30 cup urn  and wash it completely clean. As a result, what little washing that was possible only loosened the oils from the inside of the pot and made the coffee bitter. Battery acid, I believed we called it.

Like the oil that coats the inside of an unwashed coffee pot, our sin pollutes, and no amount of anything--good works, self control or sacrifice can change the human heart. Nothing except God. When we yield to Him, He changes us from the inside out.

Do you remember Gone with the Wind? Mammy told Scarlett and Rhett that they were like mules in a horse harness. You can scrub him up and put a shiny, fancy horse harness on him, but under it all, he's still a mule. You'd have to go deep inside that mule, to his DNA, and change him.

That's what God does with us when we're born again. No, we're not perfect, and as long as we're in our earthly bodies, we're at war with our sin natures. But as we yield to God, he changes us from the inside out.

The apostle John said: If we walk in the light as He is in the light, we have fellowship with one another and the blood of Jesus Christ His Son cleanses us from all sin. If we say that we have no sin, we deceive ourselves, and the truth is not in us. If we confess our sins, He is faithful and just to forgive us our sins and to cleanse us from all unrighteousness. (1 John 1:7-10)
at October 03, 2012 No comments: